2014 was marked by numerous opportunities to meet, exchange ideas and learn with my colleagues and to make a change in my role with the Association of Registered Nurses of BC (ARNBC).  During the course of the past 12 months, I have moved from being interim executive director to interim policy lead and, by year end, to senior consultant, nursing leadership.

I attended stimulating meetings and conferences throughout the year, the first being the annual Quality Forum hosted by the BC Patient Safety and Quality Council. The highlight was a presentation by Robert Francis, who led the public inquiry into the Mid Staffordshire National Health Service Foundation Trust in the UK. The audience heard some of the inside story through his description of meeting with patients, families and the brave whistleblowers who insisted that the systemic organizational failures be made public and acted upon. I have continued to follow the story as others have been writing about the issues that came to light and the changes underway as a result of the Francis Report. 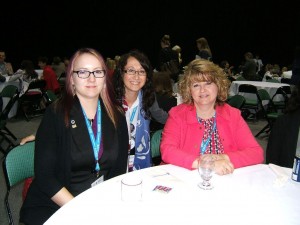 BC Nurses at CNA AGM and Convention
June 2014 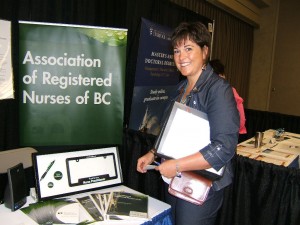 Another important event was the annual meeting and convention of the Canadian Nurses Association in Winnipeg in June, where I was part of the team from British Columbia. Highlights included meeting nurses from across the country, observing the proceedings during the AGM, being present for the installation of Karima Velji as CNA President–and saying a fond farewell to outgoing President Barb Mildon–and holding a great breakfast meeting with the Steering Committee for the newly formed Manitoba RN Network.

Meeting of ARNBC Board and Staff with members of the Steering Committee, Manitoba RN Network in Winnipeg 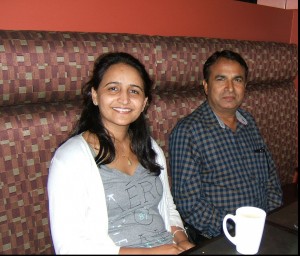 The University of British Columbia School of Nursing in Vancouver, Canada and Baba Farid University of Health Sciences in Punjab, India have continued their partnership to advance nursing research and to strengthen hospital nursing practice through continuing education. I have enjoyed my ongoing role during the past few years as a member of the partnership advisory committee.

Visits by faculty members of both institutions continued in 2014 as they worked on joint initiatives through the support of the two universities and the Canada India Education Society.  I was pleased to reconnect with colleagues from India for an informal dinner during their visit to Vancouver in June.

These personal connections with colleagues always stand out as high points of the year as a source of inspiration and ideas for my work…to be continued in 2015.